The 2nd workshop on “Quantum Technology and Implementations for Space” was being held in Noordvijk at the European Space Research and Technology Centre (ESTEC) on Nov 14 and 15, 2017. There was a broad programme covering the following topics in different sessions:

The strategic report of the QTSpace initiative was handed over by the chair of the QTSpace committee Angelo Bassi  over to ESA, represented by Franco Ongaro (Director of Technology, Engineering and Quality and Head of ESTEC) and Jean-François Buggenhout (Deputy Head of Unit, DG CONNECT, European Commission).

Session IV was introduced by Dr. Eric Wille who gave ESA’s perspective on the topic. It was followed up by Prof. Dr. Paolo Villoresi (University of Padova, Italy), giving a keynote speech of the status of Quantum Communication in Space and its role in the QT Flagship.

This was complemented by elevator pitches from research groups in Europe and Canada:

The Erlangen InfiniQuant project also had the chance to exhibit during the workshop and update on the quantum communication. The exhibition and poster session was hosted in the ERASMUS building, showcasing a lot of space equipment and crafts on the premises of the ESTEC institution. 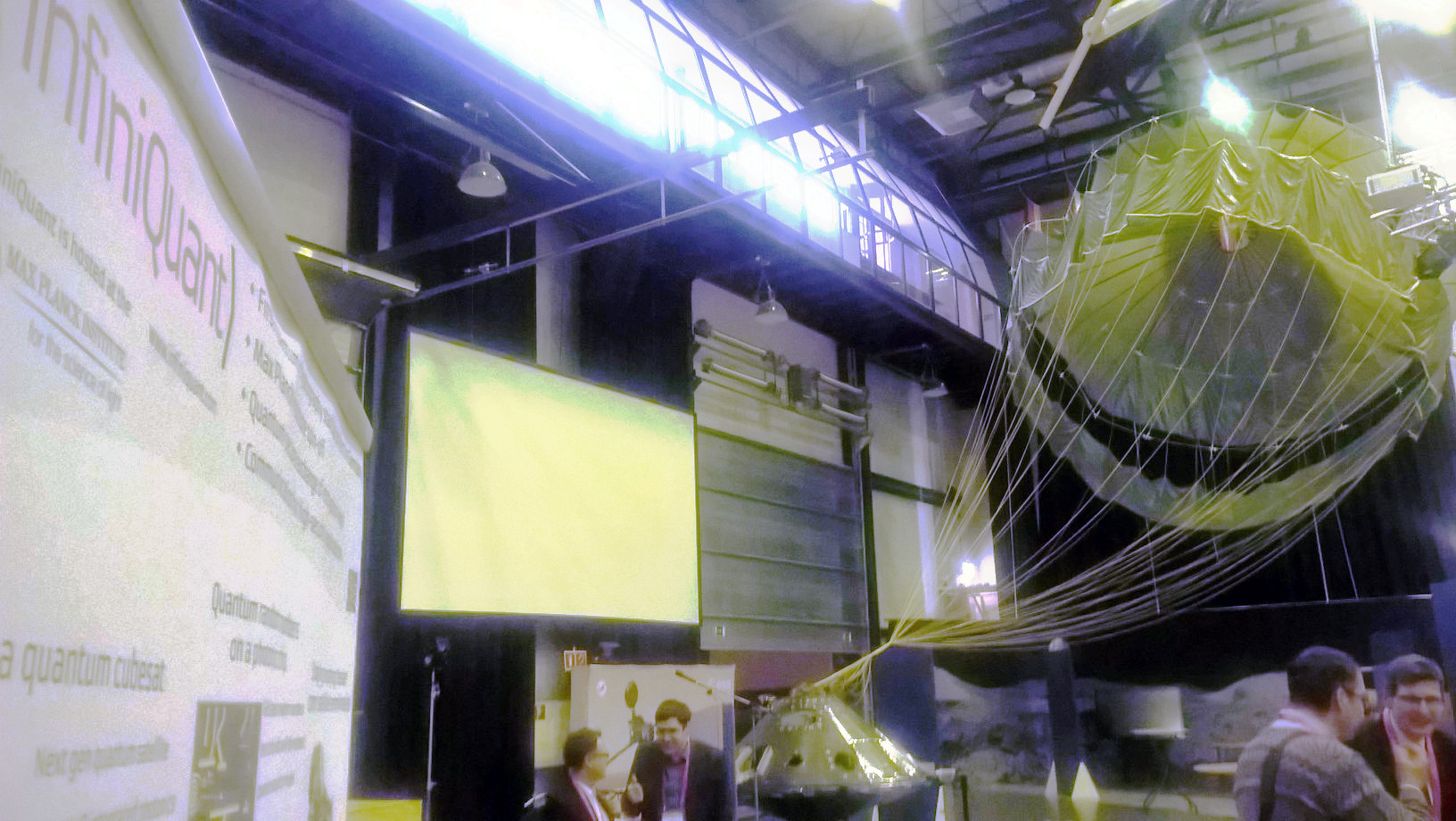